I’ve recently had several conversations with nonprofit fundraising and communications professionals about how they can expand and diversify their supporters, donors, members, and other audiences. A main (if obvious) takeaway is that you can’t continue doing the same things and hope to reach new people.

The Library of Congress just gave us a master class on this through their recent collaboration with Lizzo. If you weren’t following along when it happened, check out #LizzoAtLOC on Twitter or just about any social media platform. I was lucky enough to be at the Lizzo concert in DC that this collaboration centered around, and as you can see in this photo, it was an INCREDIBLE show. But let’s dive into the metrics and impact behind this impressive, audience-expanding social media effort.

On September 23, 2022 the Library of Congress tweeted about its flute collection. This is pretty typical of their content – niche and probably only relevant to a limited number of people. Even a month later, after the #LizzoAtLOC content had died down, it had only garnered 30 retweets and 169 likes from their ~1M followers. The same day, Carla Hayden, the Librarian of Congress appointed by President Obama, tweeted about that same flute collection, tagged Lizzo, and invited her to come to play it, garnering 2,400 retweets and 31,000 likes! Here’s the first rule of diversifying your audience: representation matters!! While you certainly can’t credit President Obama directly with this viral social campaign, it’s worth noting that our first Black President appointed the first Black and first female Librarian of Congress who garnered the attention of a chart-topping Black female artist on social media to reach her fan base. The lesson for all of us is that having a staff that reflects who you want to reach is an important component of success in outreach. Carla Hayden’s original tweet was retweeted by Lizzo, reaching her 2M+ followers, garnering 3,100 retweets and 64,000 likes! Which brings us to the second rule of diversifying your audience: find trusted and influential partners who can amplify your content. Finding shared topics that you can collaborate with others on is a great way to reach audiences you don’t have existing connections to. Let’s pause for a moment, and think about how much overlap there might be in followers from the Library of Congress and Lizzo’s Twitter accounts. I don’t know for sure, but I’m going to guess it looks a little something like the photo to the right. By standards of reach and engagement, this is already a wild success! But the story (and the engagement) doesn’t end there…

The next day, there was the moment at the concert in DC where Lizzo played a 200-year-old crystal flute for the sold-out crowd of over 20,000. Granted, this is DC, so there might be a higher-than-average overlap between Lizzo concert-goers and slightly nerdy Library of Congress followers (like me). However, Lizzo’s statement at the end of this video, which she’s posted on all her social feeds multiple times, was the kind of publicity that’s just hard to get: “Thank you to the Library of Congress for preserving this history, and for making history freaking cool! History is cool you guys!” That moment exemplifies the third rule of diversifying your audience: consider new channels you haven’t used before! I can’t say for certain, but I’m guessing sending staff to support the performance of a popular musician’s concert might be a new outlet for the Library of Congress’ marketing team.

As you can imagine, the content surrounding this moment continued to go viral. It’s been picked up by local DC blogs and news outlets, showcased by national and international media like CNN, BBC, and NPR, and reposted by countless people on social media. Of course, LOC had also held back some content – so smart! The day after the concert, they released footage of Lizzo’s earlier visit to the Library, playing multiple historic instruments. The LOC social media team was demonstrating the fourth rule of diversifying your audience: have an immediate follow-up plan for when you first engage new supporters. In comparing the engagement on their first post about the flute, they had 126 likes about the flutes without Lizzo, and this second one is closing in on 150,000!

LOC also followed up with tweets that likely resonated more with their new audience. They drove people to other unique and surprising content in their collections, such as comic books, movies, and other musical artifacts, they highlighted other historical Black figures such as Rosa Parks and Thurgood Marshall, and they encouraged people to get a LOC library card and visit the Library. The lifespan of a viral social media moment (or even a non-viral social media post) is short, which is why we need the fifth rule of diversifying your audience: have a plan for long-term engagement. These efforts to further engage, and capture the data from, new followers was a very strategic move.

So what does all this mean? We ran some social listening analysis on the Library of Congress’ Twitter account, comparing their engagement the week before and the week after the first Lizzo posts and the metrics are staggering: engagements up 1,954%, likes up 1,532%, and retweets up 540%. WOW! This campaign has reached an entirely new audience and convinced them that “History is cool.”

So what are you doing to diversify the supporters of your organization? We may not all be able to get a Lizzo collaboration, but you can definitely adopt some of these tactics. Based on the many conversations I’ve had with peers and colleagues recently, we’ve pulled together a model for how fundraising and outreach professionals can think about equity, and develop tactical plans to expand their reach. You can download a draft of the report and watch a replay of our webinar on the topic on our website. And if you want to share what’s worked for you, the resources you use, or other ideas for this report – please reach out! 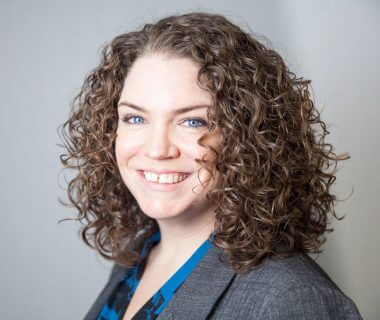 Have a project in mind? Let’s talk about how ParsonsTKO can help!

Want to hear more on this topic? Subscribe to our emails to learn more.

If you work in a mission-driven organization, no doubt you’ve heard about commitments to diversity, equity, and inclusion. How do you make outreach that is natively inclusive because it is accessible?
Read More
Back To All Blog Posts